The 2017/18 Premier League season started on a Friday night, as Arsenal welcomed Leicester City to the Emirates Stadium. 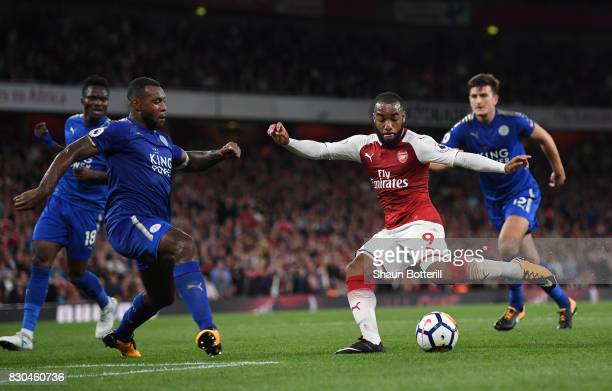 LONDON, ENGLAND – AUGUST 11: Alexandre Lacazette of Arsenal shoots on goal as Wes Morgan of Leicester City closes in during the Premier League match between Arsenal and Leicester City at the Emirates Stadium on August 11, 2017 in London, England. (Photo by Shaun Botterill/Getty Images)

opened the scoring after only a few minutes.  The Frenchman cost close to £50 million and was happy to get on the score sheet for his new club almost immediately.

However, Leicester City fought back into the match and equalised a few minutes later before Jamie Vardy gave the visitors the lead.  Arsenal equalised right on half-time but Leicester took the lead again on 56 minutes only to be beaten by two late goals from Arsenal substitutes Aaron Ramsey and Olivier Giroud.

Despite the defeat there was plenty for Leicester City to build on and they look good a good bet at 4/5 with William Hill to defeat Brighton and Hove Albion this weekend.  Arsenal looked good going forward at times but were poor defensively and this will need to change if they are to challenge for the title.

Arsenal face a tough test at Stoke City next and can be backed at 5/6 with BetVictor to win the game.  They remain 11/1 with Bet365 to win the title and if their opening performance was anything to go by, the Gunners will struggle to finish top this season.

From one poor defence to another and Liverpool have continued where they left off last season.  At Watford last week, they looked good in attacking situations but were woeful at times in defence.  The 3-3 draw was a fair reflection on the match and Liverpool must up their game at the back with Crystal Palace at home this week.

Given the way the Eagles performed last weekend, losing 3-0 at home to Huddersfield, you would expect the home team to win this game.  However, keeping a clean sheet seems unlikely at the moment so a Liverpool win with both teams scoring at 19/10 with William Hill seems about right.

Another team who would have expected to defend better last week were defending champions Chelsea. The dismissal of Gary Cahill was a big factor in their 3-2 home defeat to Burnley but the way the Blues collapsed following the red card was unacceptable.  They must now travel to Wembley to play Tottenham on Sunday afternoon without the suspended Cahill and Cesc Fabregas, the latter of which was also dismissed last week.

Tottenham started the season well with a 2-0 win at Newcastle and will be desperate to get off to a good start at the home of English football.  Tottenham are 11/10 with Unibet to win the game and condemn Chelsea to their second defeat in as many games.

Because of last week’s defeat to Burnley, Chelsea’s odds to retain their title have lengthened slightly to 15/2 with Bet365.  A defeat to Tottenham this weekend could see them move out even further.

One of the other early season title favourites, Manchester City, faced a potential banana skin fixture at newly promoted Brighton.  It took until the 70th minute for Sergio Aguero to make the breakthrough and this was quickly followed by a second goal as Manchester City ran out 2-0 winners.  Pep Guardiola’s team were expected to win this game and have remained title favourites at 7/5 with Ladbrokes.

This week Manchester City host Everton on Monday night in what could be a tricky game for Guardiola and his team.  Everton looked decent in their 1-0 win over Stoke City last week and will be aiming to build on that result with a point in this game.  Manchester City were not really tested at the back last week and Everton took 4 points off them last season, including a 1-1 draw at the Etihad Stadium.

Manchester City vs Everton is 4/1 with Ladbrokes to finish as a draw and 13/2 with Bet365 to end level with both teams scoring.

Huddersfield remained at the top of the Premier League for a little over 24 hours but their amazing start to life in the Premier League, defeating Crystal Palace 3-0 away from home has seen them move out to Evens with Bet365 to be relegated this season. 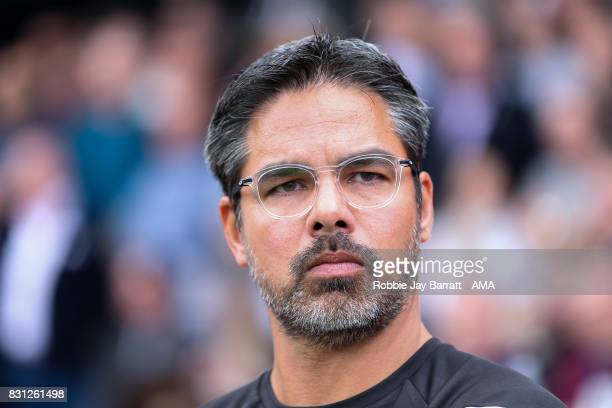 The team which removed Huddersfield from the top of the table were Manchester United.  Having spent big in the summer, Jose Mourinho knows he must get it right at Old Trafford this season and it could not have started any better.

Last week’s result has seen Manchester United’s odds shorten to 11/4 with Ladbrokes to win the 2017/18 Premier League title and Lukaku is now 5/2 favourite with Bet365 to end this season as the Premier League’s top goal scorer.

Thanks to the World Athletics Championship, West Ham must face another two away games before playing at home this season.  Their next match is at Southampton on Saturday and they are 4/1 outsiders with Bet365 to win that game.  Southampton looked threatening at times against Swansea last week but failed to make the breakthrough in a 0-0 draw.

If West Ham were to lose that game, expect their relegation odds to fall and now you can back them at 9/1 with PaddyPower for the drop.

The Premier League campaign is only one-week old but already there is plenty to take away from the results.  After this week’s fixtures, we will have even more of an idea as to which teams could finish top and bottom of the league.

Zverev Has The Form To Join The Grand Slam Club

It could be a case of last man standing in the US Open because injuries have dominated the build up to the fourth and final Grand Slam tennis championship of the season. Alexander Zverev is one of the few genuine contenders with no injury concerns and he could win one of the titles that matter most for the first time 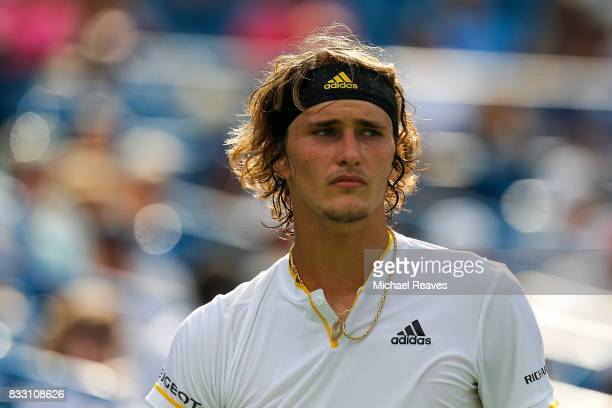 MASON, OH – AUGUST 16: Alexander Zverev of Germany reacts against Frances Tiafoe of the United States during Day 5 of the Western and Southern Open at the Lindner Family Tennis Center on August 16, 2017 in Mason, Ohio. (Photo by Michael Reaves/Getty Images)

The favourite is Roger Federer but not by default because the veteran is playing just about the best tennis of his career. If winning a major tournament is ever uncomplicated and easy that was certainly the case for Federer at Wimbledon. He took an extended break and missed the clay court season to be in the best shape possible for Wimbledon and the approach paid dividends. 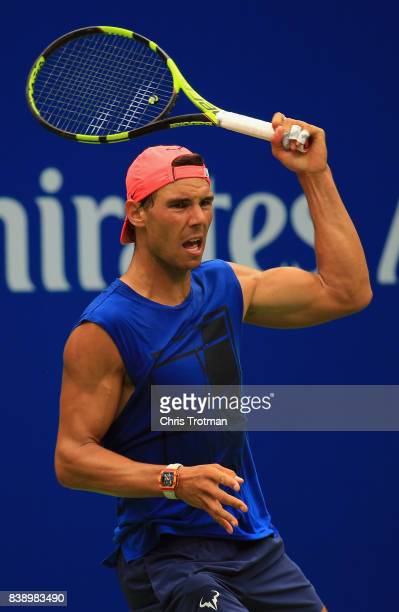 NEW YORK, NY – AUGUST 25: Rafael Nadal of Spain returns a shot while practicing prior to the start of the 2017 US Open at the USTA Billie Jean King National Tennis Center on August 25, 2017 in the Queens borough of New York City. (Photo by Chris Trotman/Getty Images for USTA)

Federer was suffering through injury leading up to the US Open but he now reports a clean bill of health. He has been reported as saying how much he enjoys playing in New York and the outdoor hardcourts suit his game. Federer has won the US Open five times but not since 2008. Wimbledon is his domain so a 20th Grand Slam title may be beyond him this time.

Novak Djokovic is not playing and Stan Wawrinka and Kei Nishikori are also absent after deciding not to play again this season. Rafael Nadal cannot be ignored but the King of Clay is not at his best on hardcourts. The Spanish player has won 15 major titles but 10 of those are French Opens on clay and he won the US Open twice. The focus of Nadal’s season is always Paris but he was beaten by Federer in the final of this year’s Australian Open on hardcourts.

Andy Murray has not played since Wimbledon where a hip injury meant he struggled in his matches. That means he has been out of competitive action for almost two months and that is a handicap he will find difficult to overcome. Murray has won the US Open in the past so is suited to the surface but winning at this level returning to action after an extended break will be difficult. 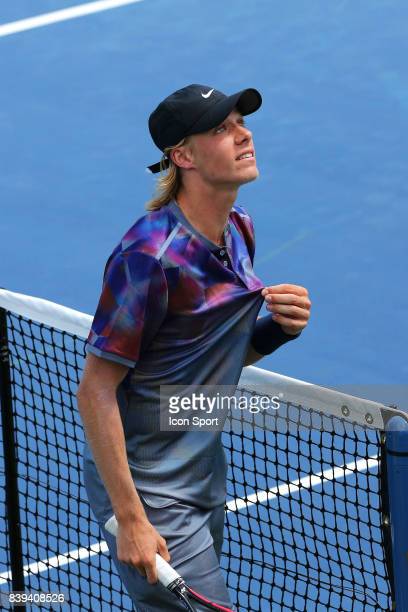 Denis Shapovalov of Canada during Qualifying game, third round, at Us Open 2017 at Flushing Meadows Corona Park on August 25, 2017 in New York City. (Photo by Marek Janikowski/Icon Sport)

Almost by a process of elimination that leaves Zverev as the selection and his time could have come. He is only 20 so has limited experience in the major events but is not afraid of marquee players. Nadal, Murray, Djokovic and Wawrinka are all over 30 and Federer has just turned 36 so a new superstar could emerge. Zverev has the game and temperament to reach the highest level of the game.

Zverev entered the top 10 in the world rankings for the first time this season and won his first and second Masters titles. These events are one step down from the Grand Slams and all the fit leading players compete. The next logical career step for Zverev is a major and he could win his first at the 2017 US Open

Bet on tennis at Sky Bet